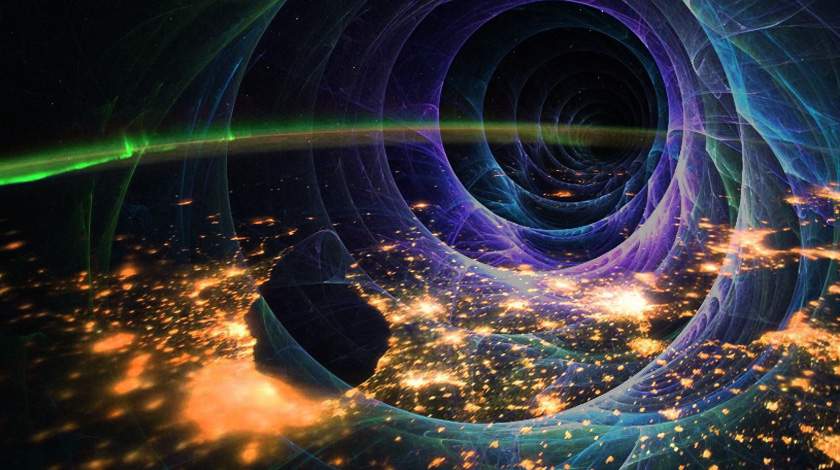 I have no doubt that a Secret Space Program not only exists but it has been in operation since at least the1950’s. I have come to this conclusion after reviewing evidence, testimonials, and experiencers from various witness and also my own experiences. What I am going to lay out in this article is an expanded perspective of what I have learned and witnessed first hand.

This is not the typical SSP information, you may think its too far out there to be true, but this is where I have been led with this information and I will now share it with you freely.

Many of you are already familiar with my story. Most of the material is found in my book “Forbidden Knowledge – Revelations Of A Multidimensional Time Traveler”. For those not familiar, there are many youtube interviews of myself that speak of these experiences. But for this article, I want to move forward from that information and try to broaden the awareness of what is really possible out there and where we might be headed if this information ever became public knowledge.

The first and most important point is WE ARE ETERNAL MULTIDIMENSIONAL BEINGS.
This is our birthright and what we will evolve into when we release the blinds of ignorance and disinformation.

The second most important point is WE LIVE IN A MULTIVERSE.
This multiverse encompasses PARALLEL WOLDS – MULTIPLE DIMENSIONS – INSIDE AND OUTSIDE OF TIME AND SPACE

With that said, I want to expand upon the UFO QUESTION. This is more then just Aerial Phenomenon, we have been experiencing these “Crafts” in our skies, on land, under ice and under water since our inception of being humans on earth. This has always been here.

But the most common narrative we hear about is that these “Craft” are “MECHANICAL” in nature, being intelligently flown by beings not of this earth. I would say that this is true, but it only accounts for a very small percentage of what we are collectively witnessing. I would speculate that the majority of these mechanical crafts are flown and operated by what is referred to the SSP and other programs.

The “crafts” that we should really be paying attention too are the ones that are “DIMENSIONAL” in nature. These class of UAP can pop in and out of time and space. It also appears that these ships do not stay “physical” for long and must again pop out of this reality. Many of these “craft” have no operators inside. Many of these “craft” could also be considered as conscious beings themselves. If you get close to some of these ships you will see that it is made up of some type of plasma emitting light. These ships can easily phase in and out of our dimension. If you threw a rock at it, it would probably just pass right through it.

The Secret Space Program and Disclosure:

There are two groups that would make up the SSP.

Active group would be made up of the individuals that are actively a part of the SSP. This group would be the true definition of a breakaway civilization. Since the 1950’s this group of individuals would be SEPARATED from the normal population. This is a group you would have to be born into. They would live a completely separate life either sequestered off planet or in underground facilities. They would not be interacting with the human population. They would be taught a completely different history, science and religion. The way they would see the world is completely different then what we would know. We would also have to assume this group has access to technology that could be light years ahead of what is known. For example Cloning / Space travel / Alien Alliances / Off World Colonies / Exotic Sciences / Portals to other dimensions of Time and Space could be the NORM.

I have ‘heard’ if any individual that is part of this ‘Active Group’ ever escaped or interacted with the human population outside of ‘their’ laws and protocols they would be immediately terminated. (They would not be writing a tell all book or going to conferences – unless that is part of ‘their’ agenda.)

This group would be “farmed” out by the ACTIVE GROUP to help them maintain their structure, mission and control. This would include “SHADOW” military / government groups and also CORPORATIONS. (i.e. Lockheed Martin, DARPA, etc.)

This “farming” would also include PEOPLE OF INTEREST – or PEOPLE WITH REQUIRED ‘TALENTS & ABILITIES’. These individuals would be ‘flagged’ early on in development and monitored. They would most likely be persuaded into a military career where they would be groomed for the future jobs at hand.

I would recommend watching the movie ELYSIUM – This movie could be considered a documentary of a future or parallel timeline.

I hope you are still with me, because we are going dive into the deep end… Just remember to come up for air when required.

WE LIVE PARALLEL LIVES THROUGHOUT THE MULTIVERSE
There are other versions of you living on parallel earths and parallel timelines.

YOUR CONSCIOUSNESS IS HAVING PARALLEL EXPERIENCES
Your multidimensional eternal self separates these experiences so you can live out your life without BLEED-THROUGH of your other selves. If we were to dissolve this ‘boundary’ our minds would most likely have a breakdown that it would not be able to recover from.

THERE ARE MANY VERSIONS OF EARTH – Just out of phase with what we know as 3D Reality.

Don’t get me wrong there are also positive versions of Earth where there is Peace, where there is utopias. This is just a mosaic of collective experiences being played out.

How this relates to the SSP and Disclosure:

HAVE WE FOUND A WAY TO INTERACT AND COMMUNICATE WITH THESE PARALLEL WORLDS AND OTHER DIMENSIONS?

What if you found out that we not only had access to these other worlds, but what if there was an ‘EXCHANGE’ happening between other worlds.

For example. Many whistleblowers / experiencers have come forward claiming they have spent years on off world colonies or in SSP’s. Yet, their physical bodies continue to live out a physical life here without leaving the planet. They claim programs like the 20 and back have some type of age regression and mind wiping technology to make this possible. This could be possible, but I would like to explore another explanation.

YOUR CONSCIOUSNESS CAN BE TAKEN OUT OF ONE WORLD AND INTO ANOTHER.

YOUR CONSCIOUSNESS CAN BE PLACED INTO ANOTHER BODY OF YOU (or clone) IN ANOTHER PARALLEL EXISTENCE.

I have experienced such events personally many times in my life, it has also taken me years to put these pieces together.

When SOMEONE is TAKEN (OUT OF BODY / CONSCIOUSNESS) They can be sent to another one of these Parallels and live out another experience. This will be as real as anything else.

WHEN THE CONSCIOUSNESS IS RETURNED / ALL MEMORY IS WIPED

Because your individual consciousness is not bound by TIME or SPACE – the parallel experience could be years, yet when the consciousness returns there will be NO BREAK IN TIME.

The memories of the parallel experience will also disappear as if nothing has happened.
BUT in some cases people will experience BLEED-THROUGH.
Which means, they will remember living that parallel with bits and pieces of MEMORY.

Remember, if we have this ‘HIDDEN’ reality being controlled by a breakaway civilization, isn’t it obvious that there would be SHARED information and technology between PARALLELS?

When someone is taken to another parallel. Without the knowledge of being in a parallel, one can easily assume that this is from our history of time and space. When in fact they can be fighting on mars on another timeline in another space, then returned to this reality without being the wiser.

For example. If your consciousness is taken at night when you are sleeping. You can experience waking up, leaving your home, being taken to meeting, or even going off world to fight a war. This will be %100 real to the experiencer. They will not be able to tell the difference between the 3d earth reality and the multi reality they are waking up in. They will wake up in bed from these experiences and absolutely believe they were taken.

But if you had a video camera in the room, their “body” will never leave the bed. Because this has nothing to do with the physical body, it has to do with the MULTIDIMENSIONAL SELF transferring consciousness from one reality to another.

When you leave this 3d reality, or your consciousness is taken somewhere else, you are not bound by time or space. You simply lose consciousness (go to sleep), it is extremely rare that the individual will retain full cognition of the events that occurred during these events.

When you get pulled out. It feels like a pushing or pulling or sucking, its the same sensation as leaving your body, you can be pulled in any direction.

Once out, it feels like a magnet is pulling you in a specific direction.  A portal will open up and you will pass through it. When this happens you experience a sense of extremely fast acceleration. The only way I can describe this is it sounds like white noise and if feels as if high winds are passing over your ears. All you see in this portal is akin to black static like a TV. When you pass through the portal, all consciousness is lost and you connect to your parallel.

This is like a homing beacon. You carry a unique frequency code. Your own vibration. You are the only one that can access this. When you enter another dimension you will be automatically pulled to “wake” up in your parallel.

Remember the parallel is you, sometimes you are exactly the way you are in this life, with subtle differences. Other times you can be other beings or even older or younger. Still your essence, knows its you and connects.

When more then one ‘SELF’ enters ones own PARALLEL, that selves ability and gifts are greatly enhanced.

I will leave you with last statement.
What if there are treaties and agreements signed with other PARALLELS. These agreements are meant to steer the timeline of this Earth history in a controlled direction.

My intentions with releasing this information is to expand the awareness of what is and can be possible. Things we in the ‘farm’ are not suppose to be made aware of.